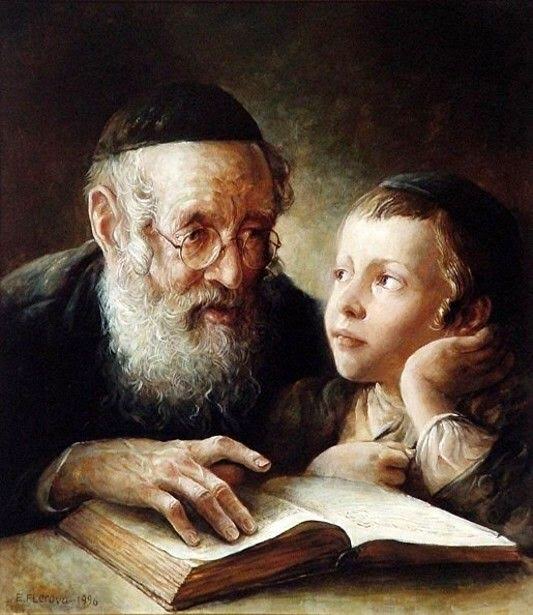 I continue my short survey of world’s beloved children’s lit with treasures from the Old World. First up:

Everyone knows The Fiddler on the Roof, immortalized by the kind-eyed Tevye the milkman, his delightful handle of a family, and the songs from the musical, plaintive and festive at the same time, much like life itself. Sholem Aleichem’s genius, however, cannot be fully appreciated through just one work. This Yiddish Mark Twain, as he was once nicknamed, sings an ode to the Jewish stetl as it weathers the storms of pogroms, revolutions, and other historical cataclysms that befall Eastern Europe at the end of the 19th and the dawn of the 20th century. His laconic prose is brilliant in its simplicity, and it’s this literary honesty that seduces the reader, grownup and child alike.

– Motl the Cantor’s Son. This touching story Aleichem never got to actually finish, yet it was still published, to become an instant hit, translated into many languages. Motl is a boy, quiet and sullen, yet also mischievous and always hungry, especially for fresh challah and milk. His family is not a whole lot of fun, seeing as they just lost their father, money is tight, and the older brother is a ruthless disciplinarian. Nevertheless, good hope prevails through kind neighbors, hilarious antics, crazy money-making schemes, weddings, funerals, new babies, unexpected sicknesses, and other juicy stuff of life. The readers follow Motl as half of his stetl migrates through Western Europe and finally settles in America, only to continue their adventures in the face of wholly new challenges. The new Promised Land is filled with wonders like skyscrapers, bubble gum, running water, and the spectre of the American Dream served on a plate of hot dogs. Aleichem paints for us a study of life in all of its joyful and unsavory colours as seen through the inquisitive eyes of a boy who never stops dreaming.

Yet another Swede (or, to be precise, a Swedish-speaking Finn. For more great Scandinavians please refer to Part 1 of my list). Jansson was a lesbian bohemian with an impeccable sense of humour, lover of the rugged Finnish outdoors, and a prolific illustrator. Today, her huggable marshmallow Moomins are popular the world over, their illustrations, toys, games, and other assorted merchandise putting an often-obscured Nordic country on the literary map.

– The Moomins (all 7 books). Legend has it that Jansson came up with her first Moomin after quarreling with her sibling over Immanuel Kant (what a nerd…). On the toilet wall, she sketched “the ugliest creature imaginable” and inscribed it “Kant.” And thus, the first Moomin was born, heralding the advent of the whole brood of ’em: Moomintroll, Moomimamma, Moomipappa, Snork, Snufkin, Hemulens, Sniff, and other characters inhabiting the beautiful Moominvalley. But do not be deceived by their cuteness and fluffy tails. These are complex creatures who are tasked with tackling challenges like loneliness, fear, sadness, rejection, orphandom, nostalgia, and other rather grownup stuff. This is not your cookie cutter nuclear family with its predictable “aww” moments. Rather, this is an assortment of vagabonds who come together from all walks of magical life, letting the warm blanket of family love grow around them, sometimes by chance, sometimes by necessity. Beneath their cute and adventurous muzzles, the Moomins are a serious lot doing quite a lot of grown up psychological work. Jansson, distracting her young readers with all this fluffy Moomin fun, actually engages in gargantuan yet hidden labours to refine their growing souls.

A classic Soviet literary giant, Nosov, much like Gianni Rodari (see Part 1 for details), made sure his works are rife with allegories alluding to themes or class warfare, the morally superior proletariat, and the heartless potbellied capitalists. It’s all beneficial though – reading these books in childhood just makes one work more conscientiously in adulthood (spoken from experience).

– Dunno (Neznaika). Neznaika, whose name is derived from the Russian phrase “ne znayu,” meaning “I don’t know,” is a member of the lilliput folk inhabiting Flower City. Even though the childlike citizens are tiny, the fruits and vegetables are of normal size. The folks thus develop complex agronomic techniques of growing them, each member of this interdependent ecosystem tasked with a specific role which he or she fulfills with collectivist dedication. Neznaika, as his name indicates, is a dummy, and a lazy one at that, skirting his responsibilities with ribald machismo. He’d rather crash his friends’ convertible into the Cucumber River instead of watering the tomatoes or fighting off the caterpillars. This is the classic “grasshopper-who-sang-all-summer” archetype. Neznaika crashes hot air balloons, goes on a trip to futuristic Sun City, takes a rocket ship to the corrupt capitalistic state on the Moon, gets thrown in jail for not having money to pay for his meal at a restaurant, languishes in a rat-infested basement while working poverty wages and (you guessed it!) helps organize a communist revolution. In short, through a series of funny and serious trials and tribulations, we get a sinner reformed, a productive member of society who learns the value of hard work and friendship. All good lessons to learn in life, regardless of what socio-economic model you are a fan of.

(The next and final part of this list is coming shortly).