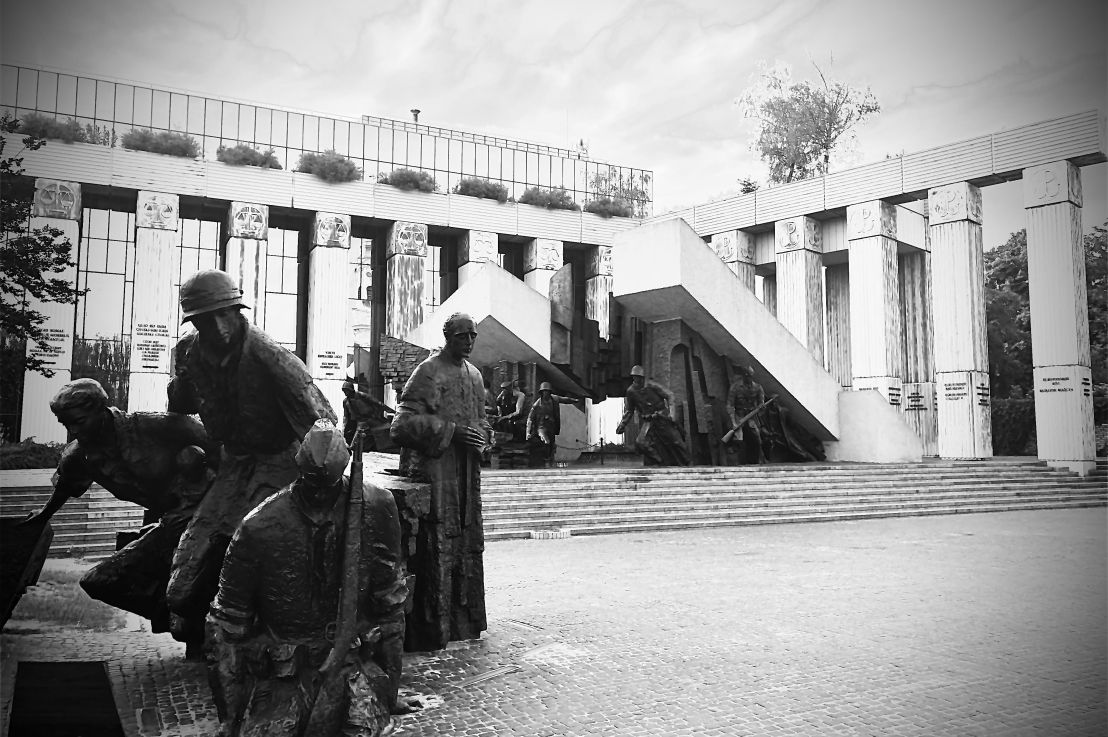 “The poetry I wrote before the war and later in Nazi-occupied Poland would have been utterly without hope if not for my awareness of the beauty of the things of this earth, and that beauty was incomprehensible, as it coexisted with horror.”

Milosz lived and wrote through twentieth century’s darkest hours, in Warsaw disemboweled by war, its citizenry fighting like lions for the very soul of Europe, that fatigued continent. He sold contraband sausage, cigarettes, whiskey, and undies. He traded passports and crossed illicit borders. He saved Jews and was imprisoned in a transit camp. He translated and published little clandestine volumes of poetry on a Ditto machine. He survived. Today we read him as we read Hannah Arendt, Erich Fromm, and Gunther Grass, all these austere witnesses of horrors doing a post mortem of humanity to decipher what the hell happened, why, and how it may happen again.

For his part, Milosz searches for answers in Dante, circles of hell, Faust, and European fatalism at a time when, as he says, history started rapidly accelerating:

“In Europe, this ‘acceleration of history’ demonstrated its force in the span of one generation: the First World War broke out; seemingly indestructible powers – the Russian Czarist Empire and the Hapsburg monarchy – fell; the Revolution of 1917 flared up; Nazism and Fascism culminated in the Second World War and Russia marched far beyond its 1914 borders, taking into its orbit little countries which had previously separated themselves from it, as well as nearly all the former Hapsburg domain. To one witnessing these events, the rise and decline of State organisms, the appearance and disappearance of chiefs, the millions of graves and the ashes of other millions scattered over the fields, all combined to make up a film running at a crazy tempo. Human affairs exploded like the mushroom of the atomic blast.”

Czeslaw Milosz, Speaking of a Mammal

A whole lot of stuff goes on during a world war but, in moments when the centre doesn’t hold, some things are surprisingly durable: a stone and two blades of grass, or a roof of a hut, or a plough. While governments fall, the land is “singularly naked.” There are moments of felicity to be found even as the world goes ablaze:

“One should not imagine that those who have been swallowed by a dragon won’t experience moments of perfect contentment.”

Milosz is deeply humanist, as are most of these wartime writers, paternalistically reconciling our capacity to do evil with our capacity to be good. Milosz, probably owing to his deep Catholicism (or to what some critics called a “beautiful naivete”), goes further than his cohort in his enduring optimism in humanity – pain is transitory and harmony is eternal. Writing idyllic verses in the land he claims was called anus mundi, the cloaca of the world, he says:

“Horror is the law of the world of living creatures, and civilization is concerned with masking that truth. Literature and art refine and beautify, and if they were to depict reality naked, just as everyone suspects it is, no one would be able to stand it.”

It’s an eerie feeling today, strolling across Warsaw’s old town, looking all those fairytale-pretty houses, bustling cafes, watching tourists take selfies by the Mermaid of Warsaw monument, and knowing it was all rebuilt from scratch, brick by brick, a city drawing its new blood from an underground cavern of old blood, burnt blood, shed for the country, its people, and its freedom. Czeslaw Milosz, much like the heroic fighters of the Warsaw Uprising, knew that his (and their) chances of surviving and seeing “what came out of this cauldron” were slim to none. Nevertheless, the old humanist went with Martin Luther’s advice: “when asked what he would do if he knew tomorrow was going to be the end of the world, he said, ‘I would plant apple trees.”

Image: The monument to Warsaw Uprising, shot by me this summer.